Elder abuse is an intentional act, or failure to act, by a caregiver or another person in a relationship involving an expectation of trust that causes or creates a risk of harm to an older adult.

What is Elder Abuse?

Elder abuse is an intentional act, or failure to act, by a caregiver or another person in a relationship involving an expectation of trust that causes or creates a risk of harm to an older adult. (An older adult is defined as someone age 60 or older.) Forms of elder abuse are physical abuse, sexual abuse, psychological abuse, neglect, and exploitation.

While one sign does not necessarily indicate abuse, some indicators that there could be a problem are:

It’s important to remain alert. The suffering is often in silence. If you notice changes in personality, behavior, or physical condition, you should start to question what is going on.

Signs of Financial Abuse and Exploitation

Sudden changes in financial situations may be the result of exploitation. You should be concerned over:

Signs of Psychological or Emotional Abuse

Abuse isn't limited to hitting and stealing. Harm can follow from extreme control or words and behavior chosen to make a person feel worthless and powerless. Looks for:

Signs of Neglect (or Self-Neglect)

Tragically, sometimes elders neglect their own care, which can lead to illness or injury. Self-neglect can include behaviors such as:

Self-neglect is one of the most frequently reported concerns brought to adult protective services. Oftentimes, the problem is paired with declining health, isolation, Alzheimer's disease or dementia, or drug and alcohol dependency.

In some of these cases, elders will be connected to supports in the community that can allow them to continue living on their own. Some conditions like depression and malnutrition may be successfully treated through medical intervention. If the problems are severe enough, a guardian may be appointed.

Domestic elder abuse generally refers to any of the following types of mistreatment that are committed by someone with whom the elder has a special relationship (for example, a spouse, sibling, child, friend, or caregiver).

Institutional abuse generally refers to any of the following types of mistreatment occurring in residential facilities (such as a nursing home, assisted living facility, group home, board and care facility, foster home, etc.) and is usually perpetrated by someone with a legal or contractual obligation to provide some element of care or protection.

Elder abuse can affect people of all ethnic backgrounds and social status and can affect both men and women. The following types of abuse are commonly accepted as the major categories of elder mistreatment:

Although there are distinct types of abuse defined, it is not uncommon for an elder to experience more than one type of mistreatment at the same or different times. For example, a person financially exploiting an elder may also be neglecting to provide appropriate care, food, medication, etc. Visit the Types of Abuse section to learn more about the types of elder abuse.

Cases of abuse are reported to authorities, ncoa.org

aged 60+ have experienced some form of elder abuse. ncoa.org

of elder abuse is perpetrated by a family member. ncoa.org 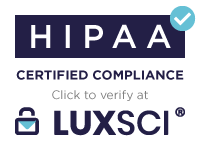